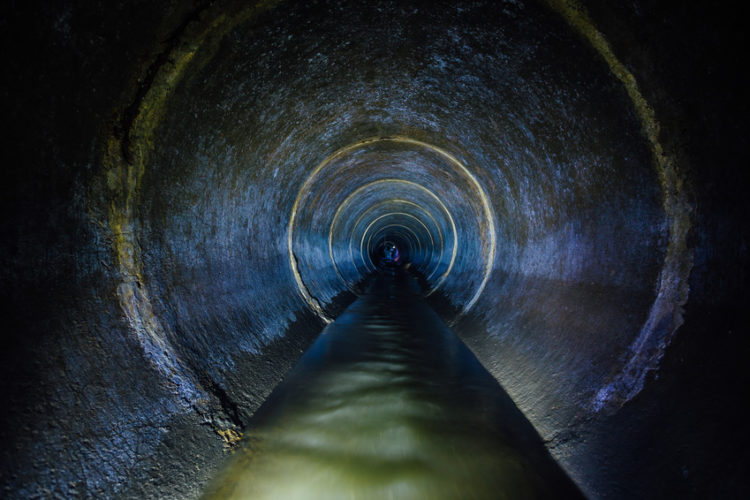 In almost no time at all, the world will be facing a population problem. With housing costs already rising to extreme heights, many are interested in an alternative solution to a massive issue. So far, the world has turned toward micro homes — colloquially known as tiny homes — as a possible solution. Though there are dozens are shapes, sizes, and materials competing as the ideal tiny home base, concrete pipes seemed to have emerged as the victor.

The trend started, as so many things do, in Asia. Despite the fact that Japan is approximately 26 times smaller than the U.S., it houses 126.8 million people — which is nearly one-third of America’s population. Since more people means a higher demand for housing, home prices have skyrocketed. Standard 96-inch concrete pipes called OPods have provided an affordable way to deal with the costs.

“Each repurposed concrete water pipe measures just over eight feet in diameter and can accommodate up to two people,” stated an article describing the OPod Tube Housing. “Standard amenities, such as a bench that converts into a bed, a mini-fridge, a bathroom, a shower, and even shelving, have been built into the unit.”

Concrete is already the most used manmade material in the world, and this additional application only continues to keep in that top spot. Concrete pipe tiny homes offer concrete companies an opportunity to expand even more; although the U.S. may be a ways off from needing them, they nonetheless provide a cost-effective solution to expensive housing. In fact, the National Association of Home Builders’ International Builders Show in Las Vegas this past January showcased a concrete pipe home of its own, designed by architectural student Sandra D. Guillen.

“This competition was a unique and innovative way to show off the out of the box thinking of students for problems like homelessness, overpopulation, and natural disasters,” said Kimberley Tuttle, director of partnerships and events at AIAS.

Concrete is durable enough to withstand intense heat and thousands of pounds of pressure per square inch; this made it an excellent material for commercial concrete work, but now concrete contractors have an opportunity to go beyond practicality. Concrete companies near and far should jump on this bandwagon in a bid to expand even further.