5 Things You May Not Know About Concrete 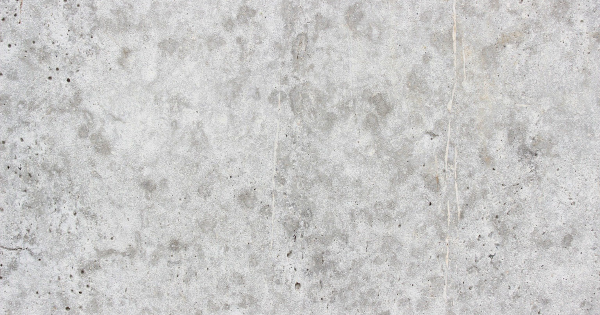 Even those who don’t work in the construction industry are at least somewhat familiar with concrete. It’s all around us, used for buildings in major cities and rural areas alike. It’s estimated that each year, there are more than 7 billion cubic meters of concrete made throughout the world. But many don’t understand the full use of concrete, as well as how it is made and what its restrictions may be. When choosing between different concrete suppliers, you’ll want to know the product itself inside and out. With that being said, let’s look into some of the things you may not know about concrete.

Many are under the mistaken impression that concrete and cement are the same type of product. Some even believe that they can source cement from their concrete suppliers. However, this is not the case, and there are some key differences between concrete and cement. Cement is a part of concrete, an ingredient per se, but it’s not the same product. Usually, just about 10% to 15% of concrete is actually cement, as cement is made up of lime. Then, 60% to 65% of concrete is made up of gravel or sand, while the remaining 10% to 15% is water. So while some use the terms concrete and cement interchangeably when seeking to take care of their industrial concrete needs, they do so incorrectly.

2. Its Compression Strength Is Remarkable

There is much to be said about the strength of concrete in general, but its compression strength is particularly remarkable. It often reaches anywhere between 3,000 and 7,000 PSI, or pressure per square inch. In fact, some types of concrete can even reach a strength of 20,000 PSI. This would explain why a number of different incredibly old concrete structures, like Hadrian’s Wall and the Colosseum, are still standing. The reason why concrete is often reinforced with steel is that it actually offers more support and makes an already incredibly strong product even stronger. This is why, though many different building components have come and gone, concrete still stands as one of the strongest and therefore most preferred products available.

3. Concrete Builds In Strength Over Time

Of course, concrete builds in strength over the years, rather than weakening as many other building components do. It reaches about 90% of its strength roughly four weeks afters its youth. But as calcium hydroxide converts into calcium carbonate through the absorption of carbon dioxide, it grows even stronger. Certain types of bacteria that seep into the concrete can also boost its strength. This, of course, is another reason why concrete buildings tend to hold up over the years, usually better than certain alternatives.

4. Concrete Was Harnessed By The Ancient Romans

We know that concrete can be used over the course of decades, growing stronger rather than weakening. But while you may use a local concrete supplier today, in the past concrete was originally provided to the world at large by Romans, who originally harnessed the material. Concrete started off as a material that naturally formed in Israel around 12 million years ago, and it was subsequently used by Egyptians as they created the great pyramids in Giza. But in fact, the ancient Romans were the ones who realized the importance of concrete and turned it into something that was more readily and commonly usable throughout the world. They used it to create the Pantheon in Rome around 120 AD, which remains the largest unsupported concrete structure in the world. If it were not for the ancient Romans, there would be far less effective construction throughout history.

5. Concrete Can Be Trusted For Bridges And High-Rises Alike

Motorway bridges and high-rise buildings can be remarkably dangerous and difficult to build. But fortunately, concrete suppliers have made it possible for us to create sound, long-lasting structures. While steel is the other possible material used to create such structures, concrete is much cheaper and just as reliable while also being easy to maintain.

Now that you know more about why concrete is valued, you should approach it with a new mindset, and value what this material has to offer. There’s more to concrete than you may have thought!